Brand-Solutions and Chuck have opened our eyes to the meaning and power of branding.

Chuck and his team are thorough and tireless in their support for clients, and their creative work is excellent.

Chuck Pettis and Brand-Solutions really helped us with our branding, brand identity, and approach to marketing.

I can't say enought about Chuck's pragmatic approach that gets you what you really need to get your job done.

We are always ready to help you! 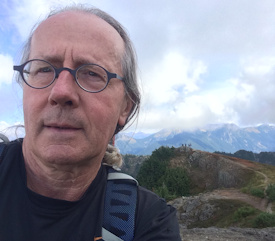 Over the course of his 40-year branding career, Chuck Pettis has worked in a wide variety of industries: high-tech, manufacturing, computer hardware and software, telecommunications, banking, restaurants, fashion, healthcare, Internet, retail, and service businesses, as well as numerous non-profit and spiritual/religious organizations.

Chuck Pettis is a very enthusiastic speaker and has the gift of being able to explain the principles of branding in a compelling and entertaining manner so that people at all levels can understand and appreciate the power of branding. Because of his broad experience in entrepreneurship, marketing, advertising, public relations, and market research, he is able to provide integrated brand solutions that bring tangible results to the bottomline.

Chuck Pettis began his career by branding his father’s high-tech company, where he created the first in-house advertising agency in the world. When his father’s company was sold (at a very attractive valuation), he joined the acquiring company, Toledo Scale Division Reliance Electric, as Marketing Services Manager. Returning to his entrepreneurial roots, he founded and was president of Software Productions, an award-winning and best-selling educational software company. Moving to Seattle, he became principal of Floathe Johnson, a high-tech advertising agency where he founded the agency’s public relations division and then founded and led the agency’s brand consulting and market research business. When Floathe Johnson was acquired by EvansGroup, he became managing director of the “BrandSolutions” division. Shortly after acquisition of EvansGroup by Publicis in 1998, Chuck Pettis left the agency business to form his own branding and advertising agency, BrandSolutions, Inc. Chuck Pettis worked for his son’s company, MakerBot, where he was the VP Marketing for the introduction of the MakerBot Replicator 2 Desktop 3D Printer. MakerBot was sold to Stratasys for $400M.

Chuck Pettis has a BA in psychology from Carnegie-Mellon University and an MS in design from Southern Illinois University. 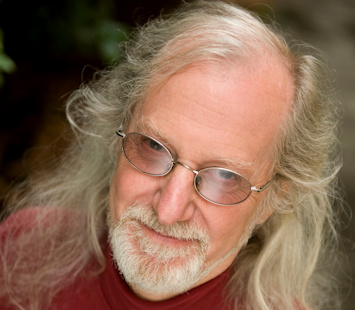 John has been designing and art directing advertising and marketing materials for over 25 years. He has served as associate creative director in large- and mid-size advertising agencies in the Seattle area, and co-founded (with Terry Short) Spark, Inc., a branding and marketing agency specializing in technology accounts. Over the years he has created logos and identity programs, print and online advertising, brochures, direct mail, packaging, tradeshow booths and promotions, email promotions and channel sales tools for clients ranging from Airborne Express and Hewlett-Packard to Philips Ultrasound and WRQ. After receiving a Master's degree in education, he taught graphic design at both Syracuse University's Newhouse School of Communications and the Seattle Art Institute.

In addition to creating graphic design, he also composes and serves as music director for live theatrical productions. Working with many playwrights, he has created songs, shows and musical arrangements which have appeared at many of Seattle's mainstage theatres, as well as in cabaret venues around the country. 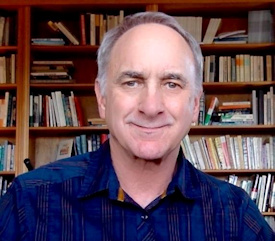 Terry's experience in traditional direct marketing and advertising enable him to apply strategic and creative fundamentals to online media and help his clients achieve cost-effective results through fully integrated customer and channel communications. His work has earned awards from The New York Film Festival, The International Television and Video Association and the Direct Marketing Association. He recently completed a Masters of Communication in Digital Media at the University of Washington.